With barely 6 months since its launch, Mutongoi TV, a subsidiary of Weru TV and Weru FM, has set new standards in political coverage in the lower Eastern region. 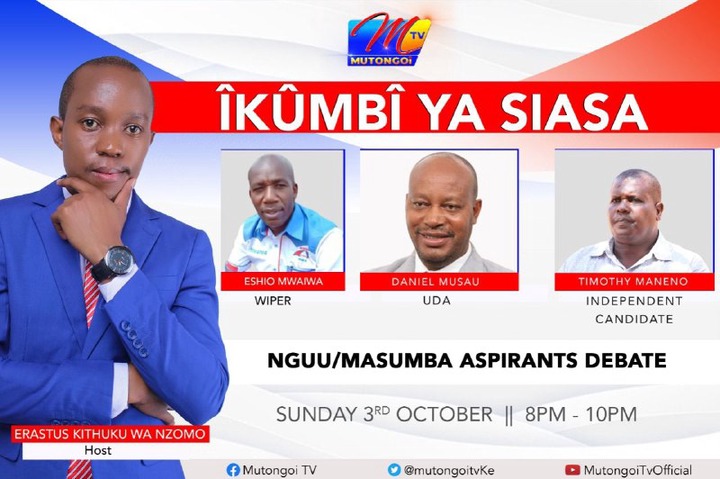 That has awoken other media houses that have been in the industry for long without attempting such a move.

Musyii FM, a Royal Media Services brand has taken que and will hold a similar debate on Monday in the wake of the by-elections. 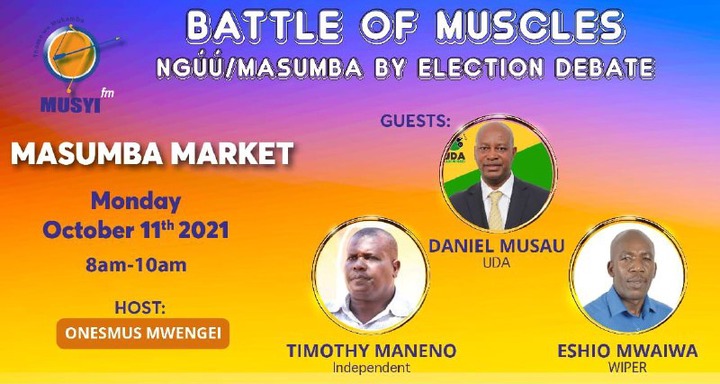 Mutongoi TV, headed by the media guru John Marete who was fired from RMS, has always set media standards out of his experience from his former employer where he was the Head of Camera Unit.

Undertones vibes from the industry also indicate that Mutongoi FM will be launched soon to compete with the likes of Musyii FM owned by Royal Media, Athiani FM owned by Kalonzo Musyoka, Mbaitu and Syokimau FM owned by Charity Ngilu, County FM owned by David Musila, who wants to oust Ngilu from the Kitui Governor’s seat. Another one is Ene FM owned by Makueni Governor Kivutha Kibwana.

CAF Champions League and Confederation Cup to air on StarTimes

Muriithi Mwenje: I will serve Embakasi West people with one heart

NACADA Exposes Where Most Bhang Smoked in Kenya Comes From